I never leave the house without my trusted little notebook. No fancy apps for me, thank you very much. I like it old school when it comes to jotting down thoughts, ideas, and lists. I carry the little notebook everywhere because I never know when I’m going to be inspired by something I see, smell, taste, touch, or hear. But I digress.

This morning, whilst standing in a line at the supermarket, I found myself digging through my purse. My fingers swiftly searching for its weathered spine and bent corners. I say swiftly because inspiration is a fickle lady who arrives unexpectedly in the unlikeliest of places and dances out as quickly as she dances in. The scene in front of me continued to unfold.

“Mama, am I beautiful?” asked the girl for the second time. Irritated, the mother replied, “Stop being so vain and hand me the milk.” I swiftly jotted down an idea for a post.

Stop being so vain.
Four words that regress me in time. I am 14 years old and standing in front of a mirror, silently contemplating my reflection.

“Bella, stop being so vain and finish your chores,” I hear my grandmother say.
“Don’t waste your time, mamá,” replies my mother. “Bella will learn soon enough that God punishes vanity.”

“Ma’am, are you ready to pay for your items?” The cashier’s question brings me out of my reverie. Walking home, all I can think about is why the mother thought her daughter’s question was prompted by vanity.

On the one hand, I admit there is such a thing as a narcissistic personality. After all, we’ve all come across individuals so conceited, they believe themselves to be better than others. On the other hand, I wonder if there is anything wrong with thinking one is beautiful.

I am beautiful.
Something I think all women should say to themselves every day.

Are these words spoken in vanity or are they an affirmation of self love?

Had nana been right in thinking I was vain for looking in the mirror, or was it acceptable for me to be mesmerized by the reflection that stared back at me and whispered, “You are perfect just the way you are”?

Does a woman suffer from a Narcissus complex when she chants the words, “I am beautiful,” or do these simply reaffirm her self worth?

Was my mother right in thinking vanity is a sin or am I right in believing pride in one’s appearance is a sign of healthy self esteem?

My mind wanders back to the young girl and her question. Had she asked me, my answer would have been, “Yes, yes you are.”

While vanity may reside in many who are fixated with their physical appearance, I find that in moderation, it can also help us believe in ourselves and our abilities. In other words, vanity can be used as a means for self love and acceptance.

In a world where society, culture, and the media dictate the standards of beauty, I’m under the impression vanity may be the only tool we have left to battle false ideals. After all, who better to tell us we’re beautiful than ourselves?

What’s your take on vanity? 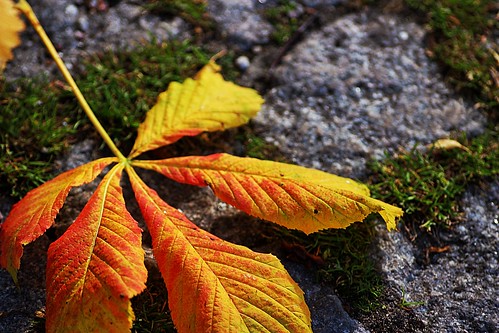 Last week I received a notification that someone had subscribed to my blog. I was in shock. In shock because it’s been ages since I’ve written a blog post.

Clicking on my site, I was saddened to see it still had the autumn leaf wallpaper from last fall. I felt emotional, mental, and physical pain to realize something I had worked so hard to build had been nary but abandoned.

I cringed at the thought that I had joined the ranks of bloggers who work tirelessly to build a relationship with their readers only to stop cultivating it.

Nevertheless, in spite of my apparent indifference, someone had shown an interest in my earlier work and clicked the subscribe button.

Feeling like a wretched ingrate, I pushed myself to put things right. I updated the theme, changed the wallpaper, added some things, deleted others, and in the end, felt happy with the results.

I wish I could tell you I’ve been lazy, or that I developed writer’s block. Unfortunately, this is not the case. The truth is things have been rough at Casa Bella. In the past year, the Significant Other has had three surgeries, a close family member has ended her marriage after 25 years, and I’ve had to conquer yet another bout of pneumonia.

Yes, once again life has gotten in the way. And this time, I have not been practicing the art of “dolce far niente” for the sheer pleasure of doing so, but because I’ve been forced to do so.

During this process, I’ve given new meaning to living one day at a time. The journey has not been an easy one but we seem to be coming out of the woods. Healing has been set in motion and believe it or not, smartphone photography is one of the things that has kept me sane.

Waiting in hospital emergency rooms and in doctors’ offices lead me to the discovery of apps like Snapchat. For those of you who haven’t heard of Snapchat (something I seriously doubt), it’s an app which allows one to take pictures which once viewed, disappear instantly. That is, unless you choose to add them to your “story” or “memories,” (Snapchat’s equivalent of a cloud). Snapchat followers can view your story as many times as they like for up to 24 hours, and then like magic, it’s gone. It’s important to note they can also replay an individual snap once.

My snaps, quite like the changing seasons, have varied this past year. There have been hospital snaps, surgery snaps, and grieving snaps. There have also been funny snaps, silly snaps, and snaps that don’t seem to make much sense. And while my new “hobby” might seem a worthless pursuit, let me assure you that capturing these moments has lead to many a discovery.

The writer in me has recognized that these snaps or moments, when strung together, allow a story to unfold. This alone has allowed me to focus on the positive and stopped me from worrying about what the future holds.

I’m grateful to my new subscriber for reminding me that unlike my snaps, my writing can last for as long as I want it to. And while I’m not ready to give up snapping, I am eager to resume writing blog posts.

I don’t want to end this post without saying I have missed you, dear readers. I pray you’ve missed me too. Stay tuned for upcoming posts and if you’d like to follow my adventures and finally discover what country I live in, follow me on Snapchat! Not only will this give you a window into my day to day, you’ll also get to see what little Roxy is up to!

If you wish to do so, my Snapchat username is: curvybella. You can also add me by using the snapchat code located on the right hand column of this blog.

Thank you for your patience and loyalty. I am deeply grateful.