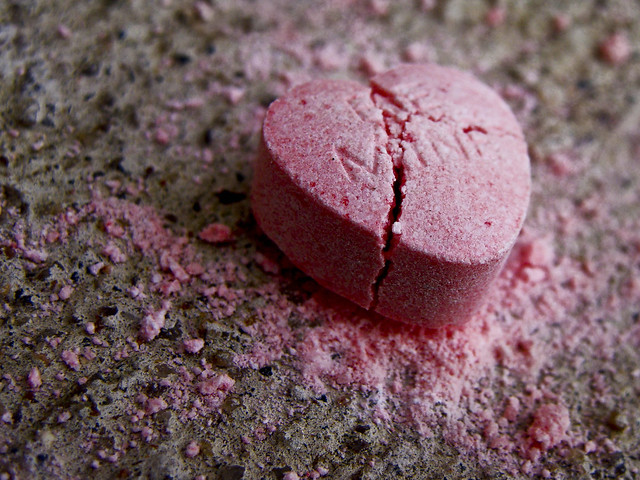 Be my valentine!
I heart you!
Be mine!
I love you!

I don’t know about you, but I’ve been greeted by these declarations long before Christmas was over. Establishments, all the way from bookstores to bakeries, have been more than happy to promote the countdown to the most awaited (or dreaded) holiday of the year.

But before any V-day lovers get their knickers in a bunch, know this will not be a rant on the evils doings of Cupid and his arrows. Nor will it be a history lesson on Saint Valentine and his role in this upcoming holiday.

Rather, this will be a walk down memory lane (it’s been too long since I did one of those) to explore my attitudes and reactions to the “friendship/love” day.

And so it begins…

Age 6
I remember coming home with a self made, decorated envelope stuffed with “valentines.” Cards illustrated with fat cats and the words “You’re Puurfect, Valentine” made me giggle. The fact that so many people wanted me to be their valentine made me feel special and filled me with joy.

Age 10
Valentine cards, some of them still unopened, filled my backpack. Rushing to my room so I could continue reading “Anne of Green Gables,” I spied Nana, standing regally in the middle of the hallway, a stern look on her face. “Bella, unopened Valentine cards show a lack of respect and appreciation to your classmates. March your behind to the kitchen, pour yourself a glass of milk, and let’s read those cards!” I knew better than to protest.

Age 12
At this age, I had discovered that crafting was not only fun, but also a way to bond with friends. Since we considered ourselves too “big” to hand out valentines, we spent this day making beautiful cards out of glossy paper, lace, and glitter. The recipients? Only our very best friends (known nowadays as “besties,” “bae,” or “BFFs.”)

Age 14
Valentine cards were replaced with “candy grams.” For a mere fifty cents (which wasn’t so mere at the time), you could send friends a lollipop in the shape of a heart, accompanied by a message. Many used this method to send anonymous messages to secret crushes. The amount of candy grams received determined a person’s popularity and sadly, also had the power to undermine the self confidence and self esteem of many. At the end of the day, it was easy to see who was well liked and who was “invisible.”

Age 17
Boys had “upped” their game and arrived at school bearing gifts of flowers and heart shaped chocolate boxes. This was also the time when I received a poem from a young man named Eddie, in which he professed his undying love. I wish I could tell you what it said, but I barely skimmed the contents before shoving it into my pocket. Unfortunately, I forgot all about it and it was destroyed when Nana threw my pants in the wash. When Eddie learned of his poem’s demise (yes, I was stupid enough to tell him), he looked at me with contempt and said, “Bella, may your callous disregard for someone else’s feelings result in you never being loved. Really loved. Like I loved you but no longer do.” (Spoken like a true poet.) Eddie, if you’re reading this, please know your hex worked and to this day, I still believe love is an illusion.

Age 20
This Valentine’s Day brought love (and horror) into my life in the form of a phone call. Hearing the words, “I love you. Will you marry me?” induced a panic attack that lasted for days. (Did I mention it was my first proposal and came from an ex boyfriend I hadn’t seen in two years?)

Age 24
Second marriage proposal. This time my reaction was more positive. Although in hindsight, I would have been better served reacting the same way I had to proposal #1.

Early 30’s
Valentine’s Day was no longer a one on one affair. As a single mother, I went from recipient to delegated card buyer, to crafts expert, to writer of cards. I was also a shoulder to cry on when the Daughter didn’t receive a valentine from “the one” and the Son got too many “stupid girly cards” and none that featured Pokemon.

Age 35
Third marriage proposal. This one came from Christopher, one of my pre kindergarten students who, dressed in a long sleeved white shirt and black shorts, dropped down to one knee, and asked for my hand in marriage. To this day, the beautiful little plastic ring he offered me is one of my most valuable possessions.

Late 30’s
Valentine’s Day celebrations are just a hazy memory. I’m only reminded of this holiday’s existence by phone calls from loved ones (young and idealistic family members), eager to scream, “Happy Valentine’s Day!” Oh, and by the low hanging “Be Mine” sign at the supermarket that hit me on the head and almost gave me a concussion.

Early 40’s
Valentine’s Day? Really? Are they still celebrating that?
Note to self: Include a reminder on Google calendar for February 15. Must beat to the punch other overworked, disillusioned, and exhausted women over the age of 40 for 50% off Valentine’s Day chocolates. (Remember to wear comfortable shoes since physical altercations are very much a possibility).

Oh, chocolate.
You have the power to remind me why I’m still grateful for this holiday. Thank you for that!

Do you still celebrate Valentine’s Day?

Note: Names have been changed to protect the innocent

I was seven years old the first time I heard flamenco music.

My aunt convinced my mother that it was important to expose my sisters and I to flamenco, since it was part of Spanish culture.

My mother was doubtful.

She argued that we were too young to witness the passion this type of music portrayed.

My aunt complained that we were too Americanized for being the daughters of a Spaniard.

Back and forth they arbitrated until my mother relented.

As a result, we witnessed a dance ritual which made such an impression on me, that I remember it to this day.

Nevertheless, witnessing such a performance was more than seeing people dance.

It was also an introduction to a language where words were unnecessary.

The rhythmic “click clack” of castanets, the fiery stomping of feet, and the hand gestures all served to communicate anger, desire, passion, and lust.

Of course, at the time I only saw two people who seemed synchronized in their movements, dancing with such wild abandon, it left me breathless.

At the tender age of seven, these were the questions I wanted answered.

I remember glancing around the room and seeing the audience clapping their hands, urging the couple to dance as they shouted “Ole!”

The room was charged with energy; the audience held captive by the sultry movements and colorful costumes.

As the night came to an end, I felt my heart sprout wings at the discovery that the answer to a question I had been asked many times before had finally been revealed to me.

When I grew up, I wanted to be a flamenco dancer.

My mother responded to my announcement by making the sign of the cross and pulling her rosary out of her pocket.

My aunt, on the other hand, smiled in approval.

She arrived the next day with a small box containing a set of castanets.

“Here you go, Bella, and they’re made of wood, not that cheap plastic that breaks in a day,” she said.

And in this manner, I was introduced to the fine art of playing castanets.

However, my fingers ached after only ten minutes.

I quickly realized this was not going to be an easy task to master.

The following day, my sisters and I were taken to a cousin’s house so we could try on her daughter’s flamenco dress.

Sadly, it only fit my youngest sister.

I stared enviously as she spun around in the bright yellow ruffled dress with large polka dots.

Dancing shoes and a freshly cut flower, placed in hair pulled tightly in a low bun, completed the outfit.

My middle sister and I stuck out our tongues and told our little sister she looked ridiculous.

Yet we both knew it wasn’t true.

Standing at only four feet tall at the time, she looked like a fiery, little gypsy ready to take the flamenco world by storm.

We spent the rest of the summer listening to flamenco music, stomping our feet, and snapping our fingers; our castanets nestled in their box until our hand muscles were better developed.

As I strolled through the market this morning, I chanced upon a stand that sold flamenco costumes for young girls.

As my gaze fell upon them, I was instantly transported to the summer when I was seven.

I smiled as I lovingly caressed the fabric and imagined what I would look like dressed in a flamenco dress.

But alas, once again the dress was too small.

I wondered if this was the universe’s way of telling me that a career as a flamenco dancer was not in the cards; at least not in this lifetime.

Yet this didn’t deter me from thinking of the time when I first saw flamenco; when I first witnessed passion.

Have you ever experienced flamenco dancing?
If so, how did it make you feel?