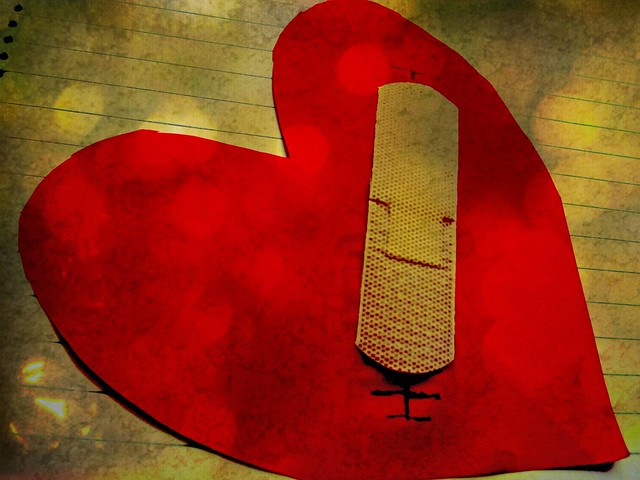 One of the many perks of spending my summers in Spain is running into old acquaintances. Such was the case last night when the elevator I was waiting for opened to reveal two old friends.

After exchanging excited greetings, we found ourselves sharing a bottle of cheap Spanish wine while catching up. We discovered who was pregnant, who had a new grandchild, and sadly, who’d passed away. We found out who tied the knot, remarried, or filed for divorce. While this may sound like a typical gossip fest, I assure you it was not.

Why? Because what started off as a simple exchange of information, deepened into a high order discussion of identifying “the why.”

One minute, one friend was revealing details of her brother’s marital break up, and the next, the other was admitting she’d been in a loveless marriage for twenty years.

Wine glasses were quickly refilled to cover up the awkward silence that ensued. However, the question hanging in the air was, “Why?” The friend in question did not have an answer.

The conversation that followed was so interesting, my friends have allowed me to share our results. But first, I should point out that our first question was, how different is staying with someone in a loveless marriage from an actual divorce? The answer is, not much.

We identified that in both cases, the individuals have become distant; estranged. They no longer share common interests and exchanges of affection are either rare or nonexistent.

Conversation is limited to current events, the weather, and the daily conundrum.

They never make time for one another and everything else always takes precedence.

Romantic, intimate moments, and sex are just a hazy memory. They claim to be busy, tired, or stressed. One has a headache, the other has to get up early the next morning.

Time continues to pass. One year turns into five, then into ten, and before long, they’ve spent two decades in the company of someone who is nothing more than a roommate.

You’d think all things considered, they wouldn’t want to spend a moment in each other’s company, let alone a lifetime. Yet together they remain.

Our discussion revealed the typical reasons for this being so: religion, financial difficulties, and the famous, “it’s in the best interest of the children.” However, we wanted to go deeper. Much deeper.

We wanted to discover what had the power to hold two peole hostage and force them to wake up in a state of misery day after day.

We were convinced a justifiable reason existed.

We were more confused at the end of our conversation than when we started. We bid each other farewell, disheartened and frustated.

This morning, an empty coffee cup by my side, I continue to look for answers.

Fear of the unknown.
Fear of abandonment.
Fear of starting over.

Or perhaps it’s conformity–blind acceptance that this is the hand destiny has dealt.

Or maybe people are just too tired, lazy, or believe themselves unworthy of something or someone better.

I’m certain each case is different. Individuals in these circumstances are sure to have personal reasons for remaining. However, something tells me many, if not all, have one thing in common. They all want to know why.

Have you found yourself in a similar situation, and if so, why do you stay?

A humble attempt at flash fiction.
Honest critique most welcome!

Dear Diary, no, that sounded too childish.
Dear God, no, definitely not. This one was too Judy Blume.
Dear Friend. Yes, this one sounded right.

Her pen dashed across the page, filling it with words, feelings, emotions.
Everything she’d kept bottled inside for so long.
She felt good at finally being able to tell someone.
Even if this source was as much a secret as Damian.

Why hadn’t she met him first?
Wait. She had.
Only at the time, he didn’t have the courage to meet her in person.

She continued to pen her thoughts.

Dear Friend,
I have a secret; a secret love I’ve never met.

She had only been acting on a dare when she sent him the first message.

His profile was perfect.
Tall, foreign, and handsome.
He was witty, intelligent, knowledgeable.
His line of work was exciting, daring, and dangerous.

In the beginning, she had pondered if any of it were true.
But after a few weeks, she stopped caring.
The anonymity of the Web allowed people to turn themselves into super heroes, and at this point, it didn’t matter.
She was lonely.
Very lonely.

Damian seemed the perfect gentleman.
And he listened
He really listened.
In a short time, she had managed to reveal more to Damian, than she had ever told anyone else.

He knew about her first crush, her first kiss, her first love.
He knew about her family’s dysfunctional habits, her mother’s need to control her, and how her parakeet kept her awake at night.
He knew how long her hair was, how many cups of coffee she drank, and how she hated to be called Lizzie.
But most of all, he knew of her feelings of entrapment; of how she awakened every day wondering if this was all there was to life.

Yet there was something Damian didn’t know.

He didn’t know how lonely she really felt.
He didn’t know he was the bright spot in her day; that his letters gave her hope.
Hope that life wasn’t as bad as it seemed; hope that perhaps she wasn’t destined to be lonely forever.

Her sister had accused her of having an affair; an “emotional affair,” she’d called it.
But she had refused to listen.
It wasn’t true.
She wasn’t really having an affair, or was she?
Perhaps this is what poets called an affair of the heart.
Because Damian surely was in her heart.
He was part of her alternate reality.
Thinking about him was what got her through most days.

Yet she knew she would never act on her feelings.
Wesley was a good man, even if he was boring, detached, and self-centered.
He had married her twelve years before, given her a new home, introduced her as his wife.
It was a shame that this sense of pride had lasted so little; that he’d put her on a shelf with the rest of his collectibles.

It was his fault that she had felt the need to reach out to Damian.
Wesley had pushed her out of his life with his detachment; with his apathy.

But she was past caring.
She knew he would never change and she had made peace with it.
She had accepted that he wasn’t a resource, emotional or otherwise.
Life had forced her to understand that you don’t always get what you want.

She smiled wistfully and carefully laid the pen on the desk.

Yes, life wasn’t fair.
That’s why you had to cheat and do whatever was necessary to make your circumstances better.
You had to chase after joy until you were breathless.
You had to cling to moments of love and laughter as if your life depended on it.
You had to have the courage to look at destiny in the eye and say, screw you.

She picked up the pen, took a deep breath, and exhaled.
Finally.

Dear Friend,
I have a secret. A secret lover I have yet to meet.

Do you feel that an emotional affair is ever justified?

He looked at me.
I started to cuss.
Dog poop sitting between the two of us.

It’s not fair.
When is life fair?
Just pick it up and show me you care.

Picking up poop
Shows you I care?
So does ignoring you’re losing your hair.

Life is crazy
Or maybe we are
You whine the song and I’ll play the guitar.